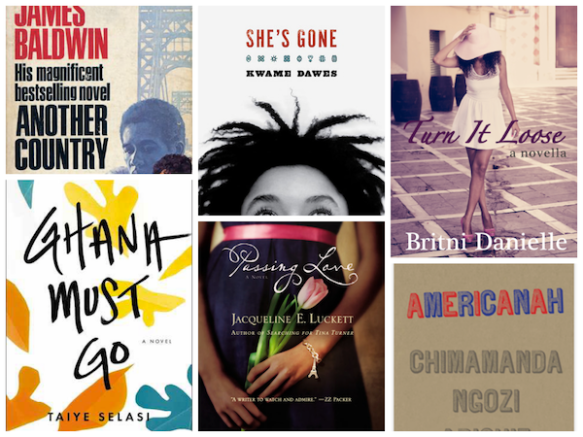 Let’s face it. Traveling can be expensive. No matter how many deals, travel hacks, and coupons you rack up, sometimes you just can’t afford to take the trip that you want.

I should know. I’d love to hop on a plane and head to a number of far-flung destinations, but at the moment, that’s just not possible (unless I go into some serious debt). So in lieu of pulling out my Visa card, I reach for my library card instead.

Books are amazing. They can teach us about a multitude of things—how to make money (so we can travel), getting out of debt (so we can travel), starting a business (so we can travel), being a better lover (so we can have more fun while we travel)—but they can also transport us around the word in an instant. I mean, that’s what I look for in a book. In addition to a compelling story, I almost always choose books that are set in a different location than where I live.

So without further adieu, here are 5 books that will help you travel around the world without leaving your couch.

Passing Love follows Nicole-Marie Handy as she explores the streets of Paris to uncover a family secret. Although she’s always been drawn to all things French since finding a little blue English-French dictionary among her parent’s things, she decides to finally go to France once her relationship with her longtime (married) beau fizzles out. Passing Love takes readers through the alleyways, museums, clubs, and little known sections of the City of Lights (buy it here).

Americanah is a love story that stretches from the collegial streets of Princeton, NJ and trendy lofts of New York, to parlors in London and sprawling estates in Lagos, Nigeria.  The book follows Ifemelu and Obinze as they both struggle to adjust to their new lives in their respective countries. And while they both ultimately achieve success, their paths are completely different, painfully difficult, and extremely enthralling. Americanah will not only make at you look at the immigrant experience differently, but it’ll have you researching flights to Lagos (buy it here).

Kweme Dawes’ novel She’s Gone is another love story that is fraught with explorations of class, mental illness, and colorism. It traces the unlikely relationship between Keisha, a Columbia University researcher, and Kofi, the Jamaican front man of a reggae band. The story begins in South Carolina and quickly moves to Jamaica as Kofi and Keisha try to make their unconventional relationship work (buy it here).

Ghana Must Go begins with the death of Kweku, the patriarch of a sprawling, high-achieving, dysfunctional clan, and follows as his brood struggles to deal with his death, and their own rifts. Much like her mentor Toni Morrison’s work, newcomer Taiye Selasi’s novel moves through time and space to transport readers from Accra to Lagos to London to New York and back (buy it here).

In my eyes, James Baldwin can do no wrong. Like, at all. In Another Country Baldwin delivers a complicated novel that expertly deals with racism, sex, drugs, art and interracial coupling in the 1970s. Primarily set in Greenwich Village, Another Country follows its characters through the streets of Harlem, jazz joints in Manhattan, and the villas of France (buy it here).

After she gets fired from her job at the L.A. Weekly, Jaylah Baldwin has to decide whether she’ll try to get a new, lower paying writing gig or if she’ll do something crazy and buy a ticket to London. She chooses the latter and gets way more than she bargained for. Ok, so this one qualifies as “shameless self promotion,” but my first novella Turn It Loose transports readers from Los Angeles to the neighborhoods, pubs, and dance halls of London (buy it here).

Do you read to travel from your couch? Share your favorite books in the comments section below!

*This post contains affiliate links, which means I receive a small commission from Amazon if you make a purchase using the provided book links. 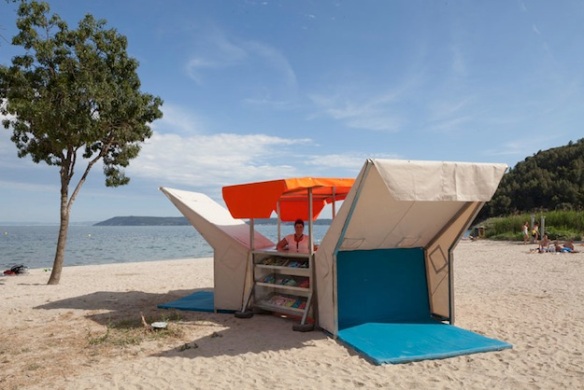 How dope is this? A pop up library….on the beach?! Yes please!

In an effort to encourage literacy, French architect Matali Crasset created a library right on the sand at La Romaniquette in Istres, France. The portable library is home to 350 books and three shaded seating areas to check out a book.

What’s your favorite book to read on the shore or by the pool? 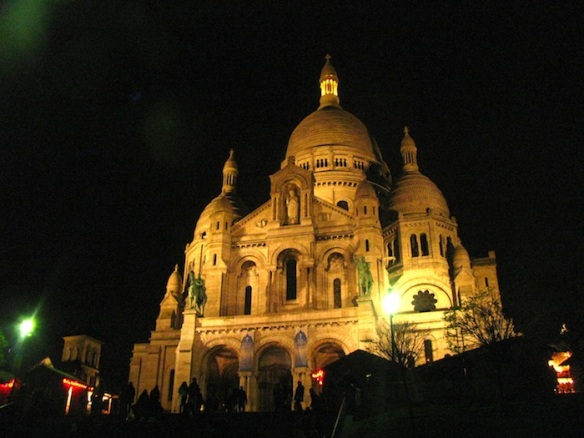 After starting out with a bang and aiming to document all of my adventures in and around Los Angeles, I haven’t written in this space in quite some time. It’s not because I’ve been holed up in the house, slaving away on that unfinished book (I wish that was it), and it’s not because I haven’t gone anywhere around the city all summer. So what gives?

While I’ve been hanging out in and around L.A. for the past three months, my lack of travel travel, you know the kind where you board a plane and go somewhere AMAZING, has been giving me the blues.

After going on some very life changing trips (*whispers* London, I miss you) within the last year, my traveling has stalled, and I have yet to go…anywhere…all summer. I’m thoroughly annoyed and going through massive withdrawals.

Recently, I stumbled on Jacqueline Luckett’s latest novel, Passing Love, and it has once again stoked the travel bug.

The novel follows Nicole-Marie Handy, a 57-year-old woman whose life is a list of “dittos.” Despite wanting more, Nicole is unmarried, a dutiful daughter to aging parents, a worker bee, and is involved in a long-time affair with one of her bosses who dangles a hasty marriage proposal in front of her to keep her stuck in a rut. After the death of her closes friend, she decides to cash in her vacation days and head to Paris for a month.

I’m not quite halfway through the book, but I love it already. The way Luckett describes Paris make me soooooooo very jealous. I wish I had scribbled more details in my journal about the streets and the people during my brief, but wondrous, trip to the City of Lights instead of just wandering aimlessly down les boulevards.

Reading Passing Love not only makes me miss Paris, but traveling in general. I miss that indescribable feeling when you first step off of the plane and you are so full of emotions you don’t know whether to laugh or burst into tears. I miss not knowing where to go first, but knowing that I have to go…somewhere. I miss it all. And I need to hit the road again.

Before this year is over, I’m going somewhere, anywhere. I’m desperate to make it happen.

How do you deal with wanderlust and travel withdrawals?

I love books. I adore cracking open a tome and losing myself between its pages. I love words–and even better, a well-told story.

I own so many books, that I have them stacked up, spilling over, and damn-near positioned on every table, bookshelf, floor, and nightstand. A mess, for sure, but my standom of words is quite apparent.

Although I love books, most of my collection consists of fiction. James Baldwin, Toni Morrison, Colin Channer, F. Scott Fitzgerald, Ernesto Quinonez, Junot Diaz, Tayari Jones–I could literally go on for days. But lately, I’ve been looking to add a little self-help/spiritually-focused material to my stash.

As many of you know I’ve been a SERIOUS fan of Oprah’s Lifeclass. And as a decidedly non-new-agey type, the weekly discussions on Lifeclass have been extremely helpful and eye-opening for me. Surprisingly, Tony Robbins and Deepak Chopra have been two of my favorites thus far because they’ve been focusing on changing your “story”–or your thoughts, and creating the life that you want.

Much of what I do here, and will do on BritniDanielle.com (don’t forget to signup) centers on living your most awesome life. Traveling, doing what you love, helping others, and not being bogged down by the burdens of your past is what I’m most interested in these days.

Call it maturing or call it not being interested in negativity anymore, whatever the case may be, I’ve realized that life is too short, too precious, and too full of potentially dope experiences to constantly look back regretting what you could have done.

On the strength of yesterday’s Lifeclass I went out and bought Deepak Chopra’s The Seven Spiritual Laws of Success. From the opening pages, it had me, and I’m hoping this will be yet another resource that will continue to guide me in the right direction.

I’ll leave you with this:

You are what your deep, driving desire is.

As your desire is, so is your will.

As your will is, so is your deed.

As your deed is, so is your destiny.

What’s on your bookshelf these days?